On Friday, Governor Mike Parson announced a specialized medical team of U.S. military personnel, which includes doctors and nurses, is being deployed to the St. Louis region to support hospital staff strained by COVID-19. The team is expected to be in place at BJC Christian Hospital next week.

A new University of Missouri Extension publication and related online tool can guide farmers through the difficult task of keeping the farm running when the owner or key decision-maker cannot.

Rosemary Woodward, founder of the local animal rescue organization Santana’s Hope 4 Paws, has accused Steelville Police Chief Mike Sherman, who is in charge of the city’s dog pound, of not caring about the facility. She called him a “mean man,” and denied sending hateful text messages to him but also told him he had deserved them. 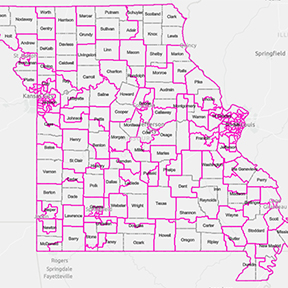 By The Missouri Independent
As the Missouri House finalized its version of a new Congressional map Wednesday, a panel of 20 Republicans and Democrats agreed on a new map for the chamber’s 163 seats. The House Independent Bipartisan Citizens Commission voted unanimously to approve the plan, which needed support from 14 members to pass before Sunday’s deadline.